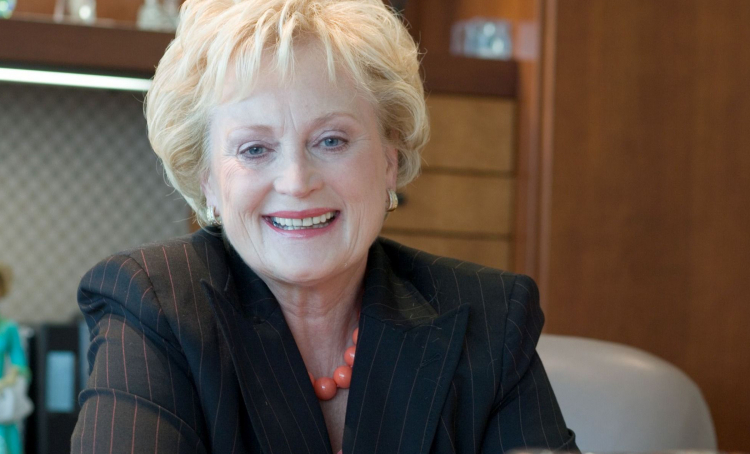 Learn More
About Our Programs

Christel DeHaan’s life epitomized the American Dream. She passed away peacefully with family at her side on June 6 at the age of 77. Born during World War II in Germany and immigrating to the United States in 1962, Christel was entrepreneurial by nature. She made her own opportunities, leaving her native Germany at 16 to work as a nanny in London in order to learn English, starting typing and ironing services upon her arrival in Indiana, and finally co-founding RCI, the company that pioneered vacation exchange and became the leader in its industry.

When she became the sole owner of RCI in 1989 Christel led the company’s global expansion, creating over 30 international offices. At the time she sold the company in 1996 to NYSE-traded HFS, RCI had over 4,000 employees.

Christel’s philosophy of life was, “to care, to share, to make a difference,” and nothing could summarize her life more clearly. Her generosity was legendary. Immediately after the sale of RCI she began contemplating how to use resources from the sale to create a lasting impact. In 1998 she founded Christel House, a public charity that helps children around the world break the cycle of poverty and become self-sufficient, contributing members of society. Currently serving nearly 6,000 students, Christel House uses a holistic approach which ensures that a child’s basic needs are met, and then provides top-quality education, character development, career-planning, and ultimately, job placement.

Christel’s wisdom, compassion, common sense, and business judgment are evident in every element of the Christel House model. Dedication to excellence was the expected standard, as was the drive for continuous improvement. Through her careful planning, the work of Christel House will continue with assistance from Endless Success Foundation, a supporting organization funded through Christel’s estate. It was her wish that all Christel House general and administrative expenses be covered in perpetuity so that donor investments would continue to directly provide programs and services to Christel House students.

During her tenure in both the for-profit and nonprofit sectors, Christel served on numerous boards, including a 10-year term as board chair for the University of Indianapolis and an 8-year term as a member of the board of OneAmerica Financial Partners. Her leadership and contributions have been widely recognized. She has been a two-time recipient of the Sagamore of the Wabash, inducted into the British Hall of Fame in Tourism, and recognized as Entrepreneur of the Year, Education Leader of the Year, and honored as a Living Legend. She was awarded three honorary doctorate degrees – from the University of Nottingham, England; from Marian University and from the University of Indianapolis. She also established the Christel DeHaan Family Foundation (CDFF) to support arts organizations in Central Indiana. CDFF has provided support to over 700 organizations.

Christel’s passion for life, for causes, for people and for the arts, music and nature was underscored by a deep commitment to excellence in all that she did. She made a difference as an employer, as a community leader and as a philanthropist.

But to her family, she was simply a beloved sister, mother, grandmother, and aunt. She is survived by her older sister, three children, six grandchildren, four great grandchildren and three nieces and nephews.

A Celebration of Life ceremony will be arranged for a future date pending the current health crisis.

In lieu of flowers, the family requests gifts be made in Christel’s honor at https://christelhouse.org/donate

Learn More
About Our Programs